A downloadable game for Windows and macOS

For generations, myths have been passed down about the lost kingdom of Tzalar. Some myths speak of the Tzalarian people as being largely into mysticism and magic, using mystic crystals as a means to most ends. Other myths describe their interests as heavily mechanical, using machines for everything in their lives.

We've long believed Tzalar to be mere mythology, but this has now come into question.

Recently, we came across what appears to be a travel network of unknown origin. Their technology is unlike anything our historians have seen...but it appears to fit with Tzalarian mythology.

We have taken to calling this travel network the Paths of Tzalar, and will continue to do so until the Tzalar connection is proven or disproven.

As a new recruit to STAKE, the Special Task Agency for Knowledge Enthusiasts, your job is to reopen each of the lost paths of Tzalar and bring the secrets of the Tzalarian people to light.

Paths of Tzalar is still very much a work in progress, and is in an alpha/pre-alpha state at this point. Currently, there is one base open with 11 levels, but the plan is for there to be well over 100 levels once the game is complete. These updates will be coming out as they are ready...this will mostly likely be once a month, but as this is currently a side project, may wind up occasionally taking a back seat to life and work responsibilities.

Paths of Tzalar is currently slated to be available on the following platforms:

PC w/ Oculus (some portions are in, but it is still extremely buggy at this point) 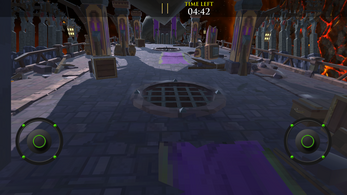 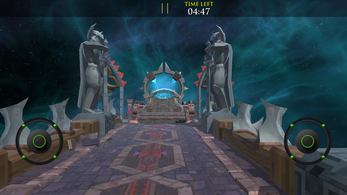 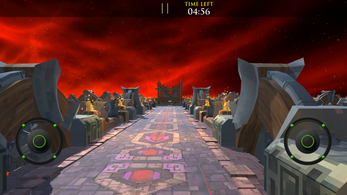